Used to lock camshafts and crankshaft in position when setting engine timing.

Suits models 2011 Onwards models with the single cam sprocket at the front of the engine. If your engine has the older style two camshaft sprockets at the front, please use kit DM21-1680.

Launched in late 2012 the Holden Colorado is powered by the same VM Motori 2.8L Turbo Diesel Duramax engine as Chrysler and therefore uses the same timing kit as the Chrysler 2.8L engines.
The camshaft timing reluctor changed in 2014, which requires updated tooling (This kit also includes the updated diesel pump locking tool which fits over the sprocket and engages the teeth as a means to hold the sprocket in position when removing or installing the retaining nut).

The locking tool fits the reluctor on one end, and bolts to the cylinder head face on the other to hold the camshaft in position to set base engine timing. Unapproved methods will damage the camshaft, reluctor, or block face.

This Kit will do the Very Rare 2.5L Single cam sprocket

NOTE: Due to some overlap in factory fitment of the Series 1 and 2 camshafts, this kit contains the required tooling for both reluctor wheels

By: Hans Gebur on 30 May 2022
Great responce with agent on questions. Ordered and received items in Good package. And Prompt mailing to Philippines. Thank you for your Help Will order in future.
(5)

By: Hans Gebur on 22 May 2022
Thank you for this timing kit for my 2.8 l Diesel engine. Was shipped to the Philippines. On time. Will order from Ozwide again.
(5) 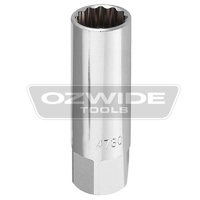 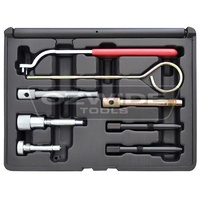 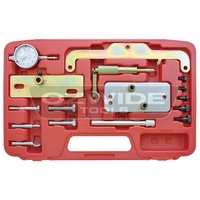