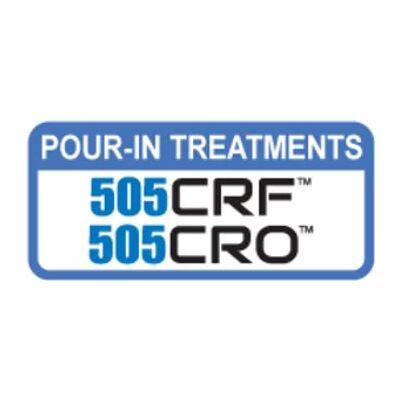 A Brief History of Carbon Removal

Automotive technology is rapidly changing and so must induction cleaning systems. Cleaning methods are outdated because they were not specifically designed to deliver cleaning chemistries into the modern automotive engine. Additionally cleaning chemistries are outdated because modern fuels and oils have been re-engineered thus altering the chemical nature of the carbon deposit. Virtually all off-the-shelf products were designed based on their ability to remove laboratory produced Rapid Carbon Accumulation ("RCA") carbon instead of real types of carbon deposits that form in every day real-world vehicles. This Industry standardized carbon deposit uses a special fuel base that is never actually used for road driving. The purpose of RCA is to generate the same carbon thickness and carbon volume in 5,000 miles, based on the use of dynamometer testing (not on road operation) that a road vehicle engine will generate in 100,000 miles of actual driving. Therefore the structure of the carbon deposit generated in the RCA method is not the same as that generated in road vehicle engines.  First, there is the difference in fuel; the special RCA fuel base vs the different commercially available fuels which vary with manufacturer, region of country where they are dispensed, and time of the year (in some states up to 10% of the gasoline is ethanol in winter months).  The second difference is that in road use the carbon deposits are only partially created by the fuel, whereas the RCA carbon is mainly comprised of the fuel.  In road vehicles a large amount of the induction system carbon deposit is created from the engine oil that is taken in through the Positive Crankcase Ventilation ("PCV") system.  Additionally, the Exhaust Gas Recirculation ("EGR") system (whether external of internal) allows burned exhaust gases to re-enter the induction system, further contributing to the carbon deposit composition within the induction system.  The PCV and the EGR contributed carbon deposits will take many thousands of road miles to accumulate within the induction system.  These types of carbon deposits are not typically generated via RCA.  Yet another difference between RCA carbon deposits and road vehicle carbon deposits is that RCA carbon deposits do not have the same thermal soak cycles or soak times as a high mileage road vehicle would have.

Once a test engine has been run under controlled laboratory conditions with the RCA fuel and has enough carbon build up, a mixture of known chemicals (i.e.,a solution) is then formulated to remove or try to remove these RCA carbon deposits.  Thus, even if the developed solution can remove at least some of the RCA carbon deposit, it may not work to effectively remove real world carbon deposits.

At ATS Chemical we understand that RCA carbon cannot be used to solve the carbon removal problem, therefore all testing was done on real world vehicles. Since all of the carbon that ATS works with is real world carbon, our chemicals actually work to remove various types of carbon deposits found in the full range of modern engine types and technologies.

An in-depth understanding of carbon types, chemicals and chemical mixtures is needed in order to solve the carbon removal problem. At ATS Chemical we have tested thousands of chemicals for their effectiveness in breaking down different carbon types that were

accumulated in real world vehicles. We have observed that from one road vehicle engine to another road vehicle engine of the same make, the carbon types can be quite different as well.  This is due to the many different variables such as; the type of hydrocarbons the fuel that is used is made of, the detergents added to the fuel base, the type of hydrocarbons the motor oil is made of, the anti-friction additives added to the motor oil, the type and amount of metal particles that are contained in the carbon (which originate from a combination of fuel, oil, additives and engine wear), the operating temperature of the engine, the pressure and/or temperature the carbon deposit is produced under, the varying loads on the engine, the engine drive times, the engine soak cycles and the engine soak times.

After 4 years of extensive testing we have over 30 new chemicals (Patent Pending) to use in our chemical mixtures that were previously unavailable for automotive carbon removal. Therefore we have created chemical products that remove heavy carbon deposits in under 20 minutes. This ground breaking work has changed the carbon cleaning industry. The engine will no longer need to be disassembled for a lengthy manual cleaning, but can now be easily cleaned with ATS Chemical products.

For ATS Chemical to have the best chemistries available is important, but it is equally important to actually deliver the chemistries to where the carbon deposits are located. That’s why ATS Chemical has developed an advanced delivery system. The 3C Intelligent Induction Cleaner is an engineering marvel. With over 10 Patents Pending, this game changing technology can apply chemical such that it is carried by the engine’s moving air flow so that the chemical solution is evenly distributed throughout the engine’s induction system. The 3C applicator is the first system where the chemical and the applicator are specifically designed to work together.  The unique pre-programmed run profile enables the chemical solution to reach and remove tough carbon deposits. ATS Chemical is the first company that can provide you with a truly winning system.